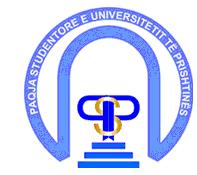 Hello everyone,
The Association of the Sociology Students at the Sofia University
(ASSSU) is a non-profit organization comprising of about thirty
volunteers. Most of them are current or former students at the Sofia
University. ASSSUs main purpose is to support students and young people
in their education; to advocate for their educational and civic rights;
to organize public debates on hot issues of the temporary society; to
establish and develop network of similar organizations from Eastern
Europe and the Balkan region in order to stimulate initiatives and
activities; related to sociological reflection on similar social
problems and development trends in the region. In 2008 we created and
hosted Spring School New Forms of Human Rights and Civil Activity in
21st century. The Spring School brought together students from all
around the Balkan countries, Eastern and Central Europe and discussed
the nature and transformation of their rights as citizens of the former
communist countries. ASSSU has also taken part in projects as a partner
and co-applicant with other organizations.
Our new project is:
Reinvention of the "homeland" in the clash between ethnic and civic
identities in a situation of raising nationalpopulism in the countries
of South East Europe.
1.
*The problem*
It is accepted that national identities in the SEE countries are based
on ethnic identities  i.e. based on the notions of common descent,
origin  history and language are extremely important for thus
constructed identity; usually this national identity, based on ethnicity
is monoethnic. On the contrary, countries like the USA, UK, France,
Switzerland are called state nations and their national identity is
based on the notion of citizenship  respect of the rights and
obligations of the nation state; active political participation; it is
assumed that those nations are more tolerant towards different ethnic
groups, living in their countries  the typical examples are the USA and
Switzerland.
The SEE states are multiethnic and multireligious  for instance in
Bulgaria live Bulgarians, Roma, Turks; in Serbia  Serbs, Roma,
Hungarians; in Macedonia  Macedonians, Albanians, Roma; in Romania 
Romanians, Hungarians, Roma.and at the same time the historical and
literary canon is still mono-ethnic. Something more, in recent years
sociological surveys register raising national populism among population
as a whole, but especially among young people. The situation could
become dangerous, if the notion of homeland is not changed in the
direction of including all the groups living on the national territory;
and focusing more on the civic identity  we all live in the same
country and we have to think about its prosperity and better future.
2.
*The Objective*
To try to re-imagine, reinvent the notion of homeland as based on
civic identity, on the notion of citizenship; from the point of view of
the future we, as young people, want to live.
3.
*Methods*
Discussing the official versions of different history canons and
debating them. As we live in a common region we could see commonalities,
which could provoke a wider version of the history.
Discussing movies which pose the question whose history is this like
the Bulgarian documentary Whose song is this, director Adella Peeva
which presents different versions of one and the same song in different
Balkan countries.
Comparing different history textbooks in order to see how same
historical events are narrated in the different countries. Is there an
objective history?
Debating the notion of civic identity and how it relates to national
identity.
Debating the desired by us future ; what do European values mean, on the
basis of the data of 4^th wave sociological survey - 2008, which
includes 44 countries.
Going to a Roma neighborhood and organizing a discussion with young
people living there, how they imagine their identity and their future
Debating the role of the web  You tube, Facebook, My space ; in
overcoming cultural differences
Experimenting new ways of visual presentation of SEE countries
Art Experiment-installation in the centre of Plovdiv, which aims to
involve the citizens of Plovdiv towards of more open, tolerant and civic
art of thinking.

4.
*Expected results*
Developed ideas of reinventing homeland based on the notion of
citizenship and tolerance.
Web based discussion and video clips
5.
*Previous experience in that field*
Spring school  debates on new forms of Human rights
Experience in visual methods  debates on movies, clips
Participation in research projects on Roma integration
Participation in projects of Research Center of Social Science related
to the topic nationhood and citizenship
6.
*Place*
The city of Plovdiv, Bulgaria  seminars and debates at Plovdiv
University, presentation in the centre of the city, activities in
Roma-neighborhoods
7.
*Time*
7 days - WORKING 2 days - TRAVEL 9 days in total in the middle of August
PLEASE SEND YOUR ORIGINAL PART III VIA POST TO ADDRESS:
Asssu, 125 Tzarigradsko shose Bld., bl. 4, fl. 4, room 428, Postal code
1113, Sofia, Bulgaria
AND YOUR SCANED PART III VIA E-MAIL TO: homeland_project@abv.bg
<mailto:homeland_project@abv..bg>
We are applying for 1 april, so please send your documentation fast. We
will accept documents send before 27. 03. 2009
Contact person for the project is Mr. Lyubomir Pozharliev
Please feel free to send any questions to homeland_project@abv.bg
<mailto:homeland_project@abv.bg>